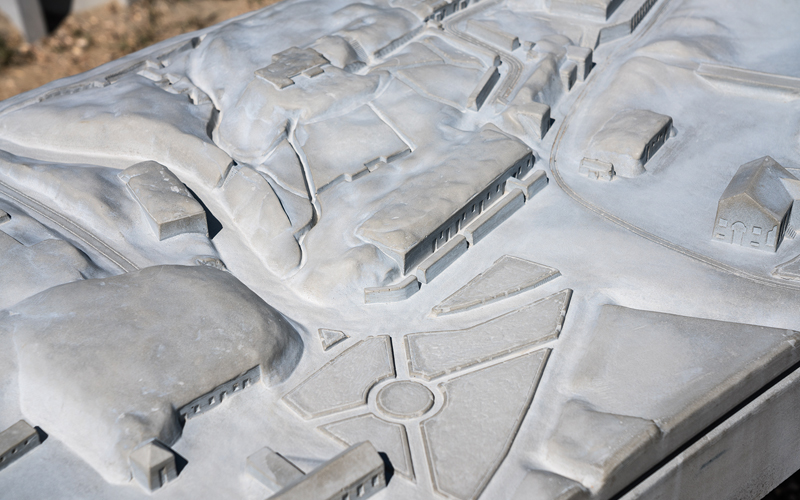 The county domain Raversyde (Belgium) is a natural park where one can visit some of the best preserved parts of the German line of defense, the ‘Atlantikwall’. In the natural park one can walk and through more than 60 bunkers, observation posts and gun positions. Life during WWI and WWII is on display here and can be experienced by visitors. 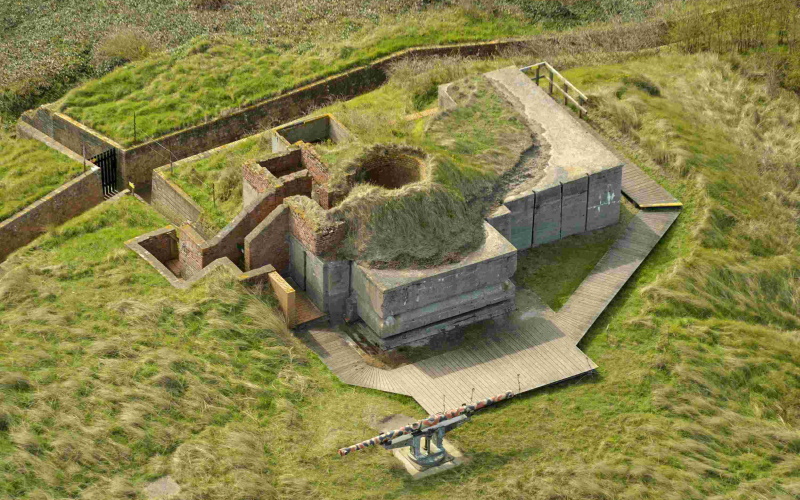 One of the bunkers located in the dune area (source: raversyde.be)

Based on a modified 3d aerial scan a one and a half meter long concrete scale model of the ‘Atlantikwall’ was developed to visualize the landscape in detail, showing the trenches and bunkers. This scale model, meant as an interactive ‘orientation’ model placed along the pathways of the park obviously has to cope with ‘the elements’.

The entire area was scanned using aerial scanning, resulting in a very detailled, accurate and complete overview of all objects in the dune area. With various modern techniques the scan was converted to a 3d-printable file. 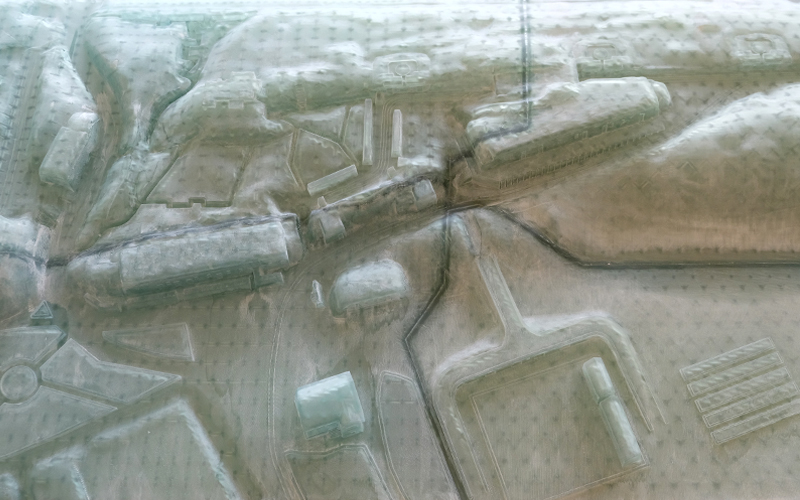 The model as printed by Fiberneering accurately displays the detailling of the various structures. 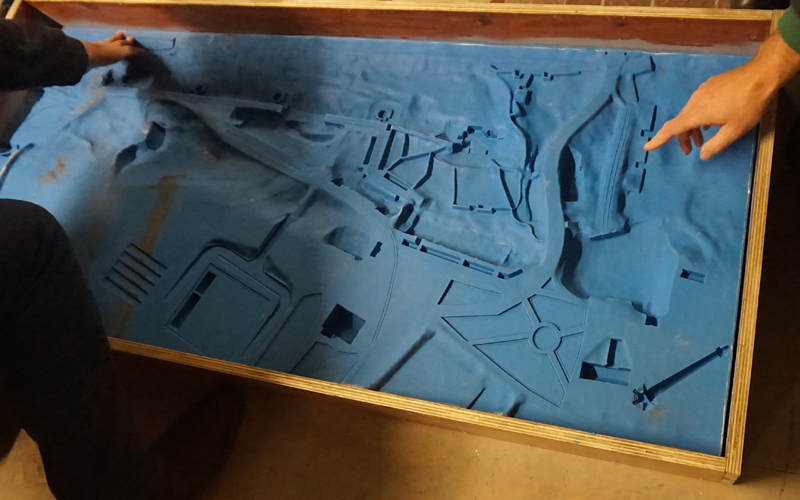 The 3d-printed model was used to cast a silicone mold.

In part because, considering the geometry and detailling of the model’s elements, cnc machining was not a feasible manufacturing option modelmaker Modus and Noë betonvormgeving approached Fiberneering. Fiberneering 3D-printed a model of the desired end result first. Next a silicone mold was casted over the 3d-printed model guaranteeing that the detailled windows in the bunkers, the cannons and other ‘non-releasing’ elements can be released. Finaly Noë casted a special formulated type of conrete in this mold to produce an accurate and smooth end result. The end result is a sturdy maquette which, due to it’s high level of detailling, comes to life and which many visitors of Raversyde use to orient and eductate themselves on a daily basis. 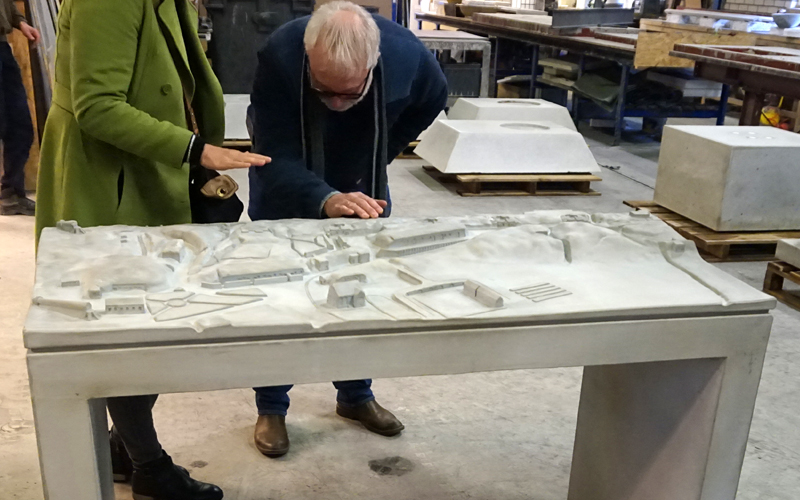 The final quality inspection of the finished model 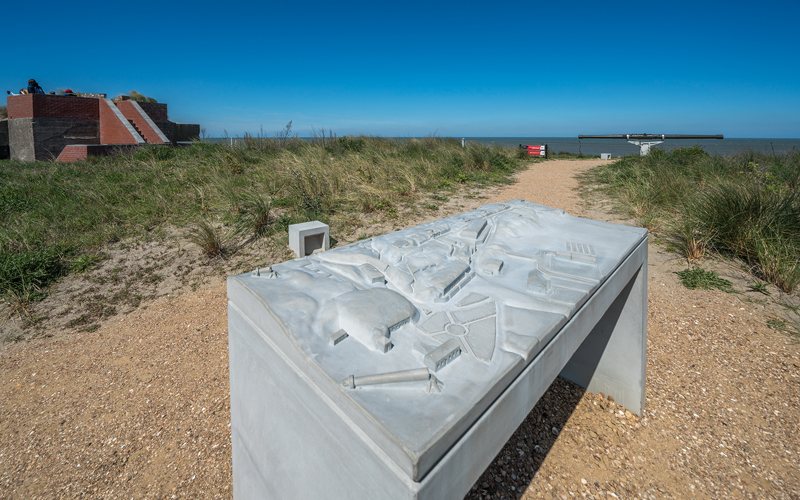