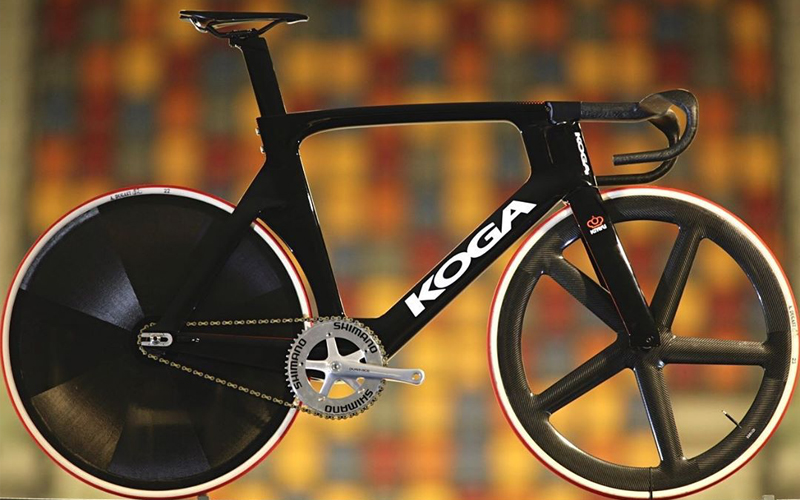 One of Fiberneering most challenging projects was the development of the handlebars for the Dutch Olympics team new track bike. Our partners, Actiflow and Pontis chose us to translate their design into a functional carbon fiber prototype, ready for testing on the race track.

The Royal Dutch Cycling Federation (Koninklijke Nederlandsche Wielrenunie, KNWU), bike manufacturer KOGA and TU Delft unveiled the new track bike on Wednesday 29 May, 2019 The bike is predicted to contribute to achieving good results at the Olympic Games to be held in Tokyo next year. It has been designed to deliver an optimum combination of light weight and aerodynamics as well as correspond to the individual characteristics of the cyclist and his or her particular discipline.

Bike built around the cyclist

Ultimately, each Olympic cyclist will receive a custom-made KOGA track bike. The frame and handlebars have been adapted to the individual cyclist’s length and posture, ensuring stability of the bike. This is important because sprinters in particular exert unprecedented forces on the bike at peak times at the start or in full sprint. Arend: ‘A number of cyclists indicated that they had trouble during peak times keeping control of the old bike. This was not due to the frame, because that was rigid enough. It all had to do with the steering mechanism. To a large extent, this is what determines the bike’s handling qualities.’ ‘The trainer of the track team had already discovered that a number of cyclists were using bikes that were too small for them,’ recalls Arend. ‘The task for us as designers was to build a bike that fits around the individual cyclist so that he or she can exert maximum force. This meant a completely opposite approach. The bike is not built independent of the cyclist who will ride it. We looked at each individual and then built the bike specifically around them.’

The designers have been particularly focused on aerodynamics for the new design. It is expected that the new frame can save a time gain of approximately 0.5 seconds on the team sprint. As well as developing the new frame, the design and engineering team has crafted each rider a custom a one-piece bar and stem combo.

In addition to the imposed weight and stiffness constraints, the handlebars are built around each individual cyclist’s length and posture. It means that every handlebar is different. The use of conventional moulding for such customized composite parts would require extensive investment, both in terms of cost and time. 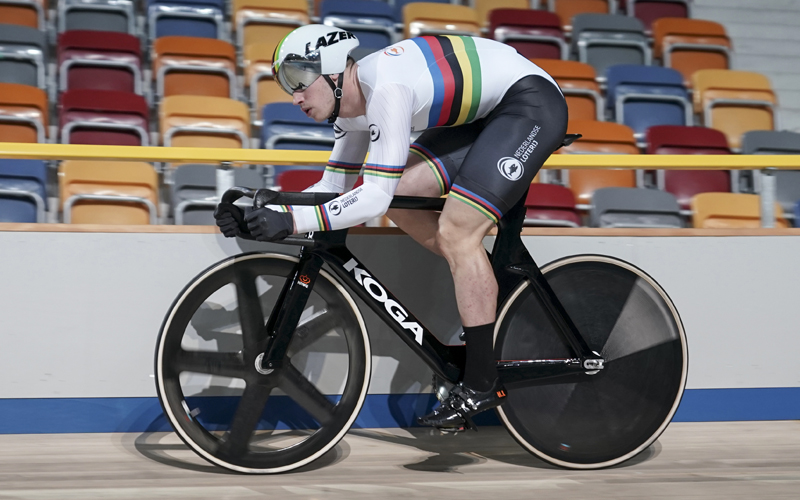 3D printing technology offers an unprecedented flexibility in the design of tailored made composite parts. Instead of moulds, we are using our technology to print directly the end products. As a result, any dimension of the part can be easily changed.

Since the stem of the cockpit remains the same for each runner Fiberneering designed a two-part handlebar construction consisting of a milled aluminium stem and 3d-printed handlebars. 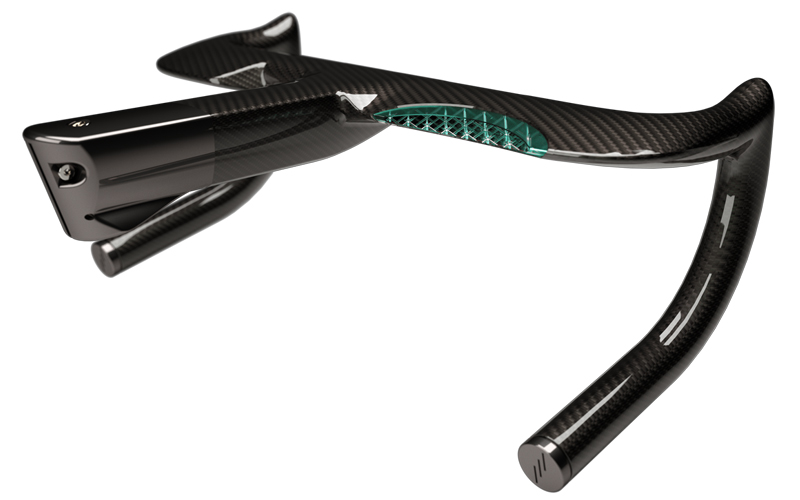 The firts step to meet the targets regarding weight and stifness was to analyse and optimize the internal structure of the 3d-printed core as well as calculate the required type, lay-up, thickness and direction of the carbon laminate using specialized FEM software (Ansys). 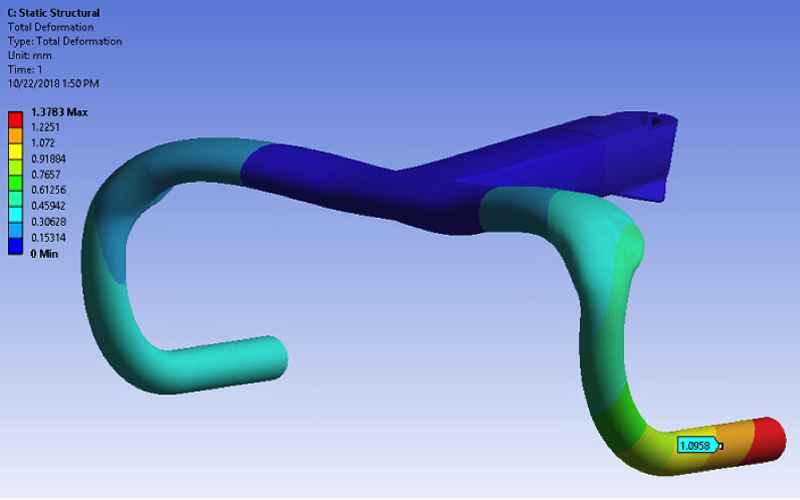 The final step in order to meet the targets regarding strength and stiffness is to add the carbon fibers according to the calculated specifications.

Pre-cut carbon patches are placed in the thickness, order and orientation as defined in the digital FEM model. 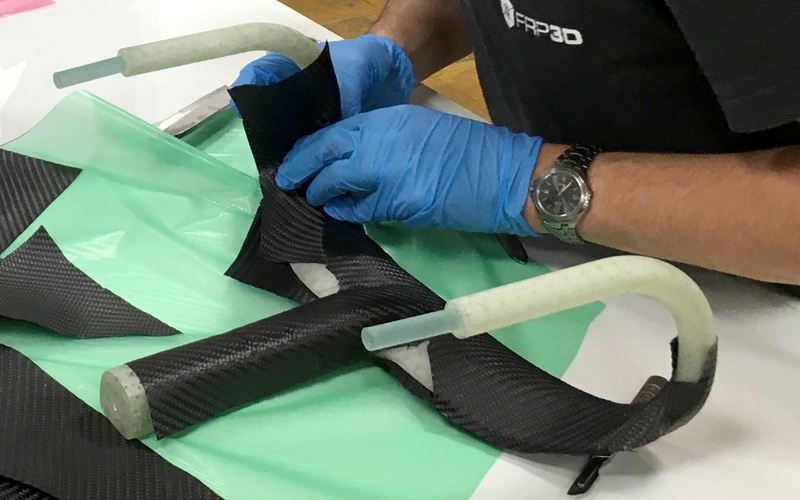 The Process and Final Results

The development of the handlebars was a result of very close collaboration between Fiberneering, Actiflow, Koga and the olympic athletes. To learn more about our process and Project Tokyo click here 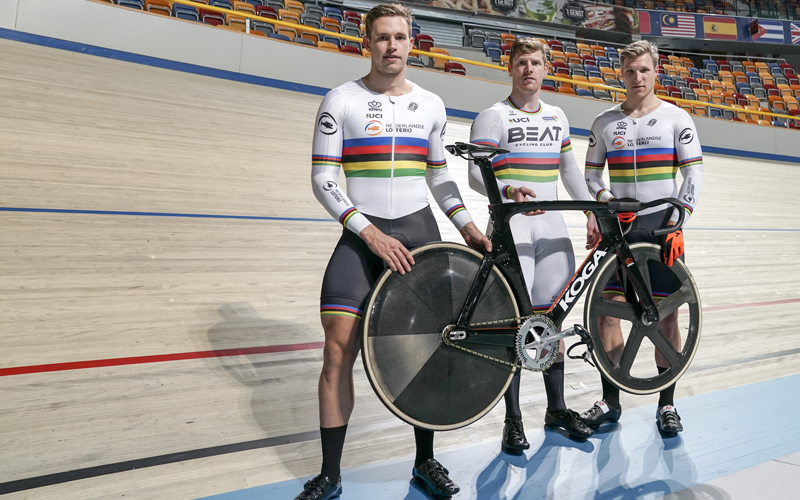 From development to production to testing