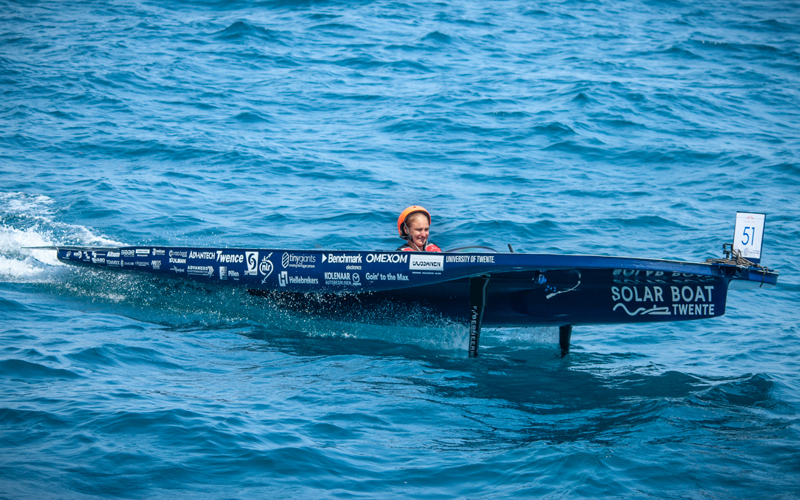 The student team of Solar Boat TU Twente approached Fiberneering to help with a cost-effective method to produce light weight and very stiff carbon foils for their latest Solar Boat. During the race in Monaco these foils (hydrofoils) will experience extremely high loads and are essential for competitive match results.

A traditional method of producing these foils is placing carbon fiber laminate in molds and adding an internal foam core before vacuum infusing the assembly. The use of 3d-printed cores for composite manufacturing has a few benefits compared to traditionally produced cores.

First of all Fiberneering uses specialized (fem)software in the design- and engineering phase to optimise structures for the specific mechanical loads these objects are subject to. Because of this ‘topology optimisation’ the density of the 3d-printed cores can be reduced and be lower than similar foam cores, resulting in lower mass of the hydrofoils while retaining strength and stiffness. 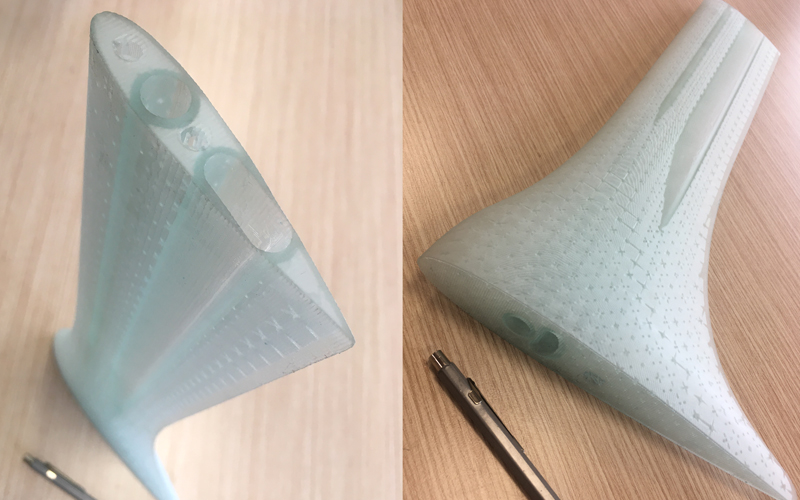 Integrated in the 3d-print are various fuctional features

Another distinctive benefit of 3D-printing is the atainable integrated functionality. Because 3D-printing makes it possible to efficiently produce hollow objects it is possible to integrate many functions in the same print cycle. Examples are features for mounting parts, provisions for electronic wiring and housings for components. This ‘integrating of functions’ results in fewer assembly operations, parts and lead-time.

An additional but considerable benefit of 3D-printing is that using additive manufacturing of cores is much more cost-effective than traditionally produced cores which are usually made with cnc machining operations. 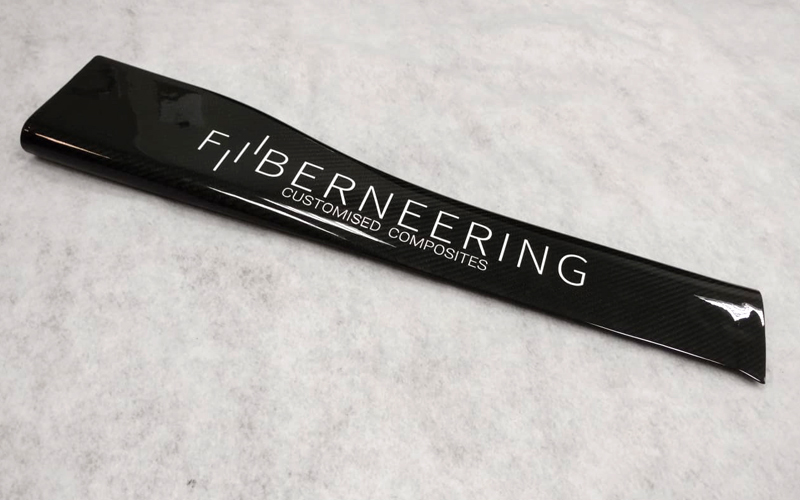 Solarboat team Twente has participated in the 2019 Monaco race. However, unfortunately an electrical malfunction has ruled out a succesful end result. Fiberneering wishes the 2020 Solar Team (which again features Fiberneering components) Godspeed!